California’s gotten lucky this Winter. It’s been an exceptionally wet one, with even more on the way. With less than three weeks until the Spring Equinox, and only one week until the start of Daylight Savings Time, Summer’s warm glow is appearing on the horizon. Before the transition to longer, busier days, I cherish the quiet peace of Winter, blanketed by rain and snow.

It’s been a wonderful Winter for both sandy mountain biking in the Santa Cruz Mountains, and snowboarding insanely deep powder in the mountains.  With over 25 feet of snow in February alone, most resorts haven’t had many days of full operation. They can barely keep up with all of Mother Nature’s bounty.

When we get such plentiful precipitation, it brings a feeling of security and hope. Knowing that there will likely be enough water to last us through the dry Summer is assuring; knowing that animals will also have enough water in their parched rivers and streams is equally comforting.

We took a roadtrip to Mammoth over superbowl Sunday weekend, which happened to be an intense, bona fide blizzard. Almost eleven feet of snow fell over that weekend, with whiteout conditions so blinding, it just about shut down the whole town. Ron and I barely managed to snowboard on Saturday and Sunday, even though the upper mountain was closed from gale force winds and complete whiteout conditions. We had to sit down in complete blindness at least a dozen times because the snowfall was so heavy. We fared the high winds and vertigo inducing flurries and made the most of it. It was awesome to just float over the copious fresh powder. Though I’d been mountain biking here, it was my first time snowboarding. It was amazing, but I would love to come back when the upper mountain is open. We had to take the southern route home down Highway 395, as all of the Northern passes were closed, which turned out to be a breathtakingly beautiful drive. 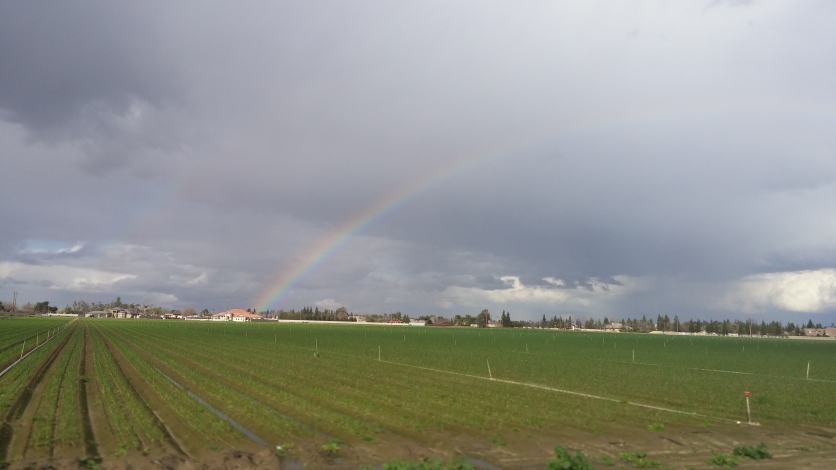 Kirkwood has been delivering on its “highest and driest” claim, if not overwhelmed at times, like all of the other resorts, by all of the snow they’re getting. We’ve had some of our best days possibly ever this season, though are still hungry for more before they close on April 21. We heard a harrowing story from a skier we rode up Chair 4 with, though. He had just gotten wedged into a 20-foot deep crevasse at the top of the big cornice at the top of Chair 4. He was trying to jump it, but somehow slipped into the narrow gash and fell down into it, skies awkwardly wedged and stuck.

It took him about a half hour to get his skies off and carefully climb up to the opening, where he was barely able to wave his ski to alert bypassers. Ski Patrol came and helped him get out, and roped off the cornice. I think he was still in a bit of shock about it; all I could think of was how freaked out I’d be if I’d almost just died. All of this snow is exciting, but I never forget how powerful and scary it can be. Avalanches, tree wells, and crevasses are all menacing forces that kill people every year. He is lucky he didn’t get stuck in there. The story gave me shivers, and reminded me of the real risks of snow, even within the boundaries of a well-managed ski resort. 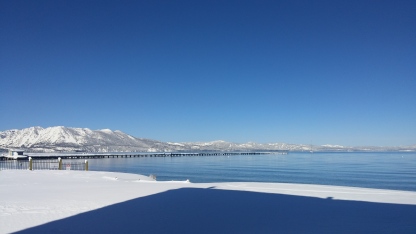 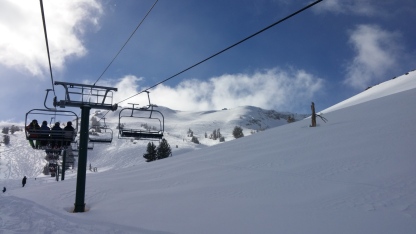 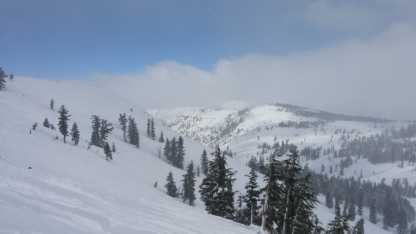 Ron and I are both quick to acknowledge how special our snowboarding trips and mountain bike rides are together, and how much we appreciate them (and many other things, of course). We’ve got to make the most of the time we have now. As time goes on and we are getting older, it becomes clearer how numbered all of these experiences are. My grandmother and old teenage boyfriend both passed away within the last couple months, and, though expected, their passings reminded me how finite our time really is on this Earth. There are no guarantees, except mortality. When I am old and cannot flow over the land or snow anymore, I will look back on these memories with intense love and fondness, perhaps through a virtual reality interface. Which is why we’ve got to keep on making those memories a reality now.

Enjoy the final days of Winter, and Spring will be here before we know it! 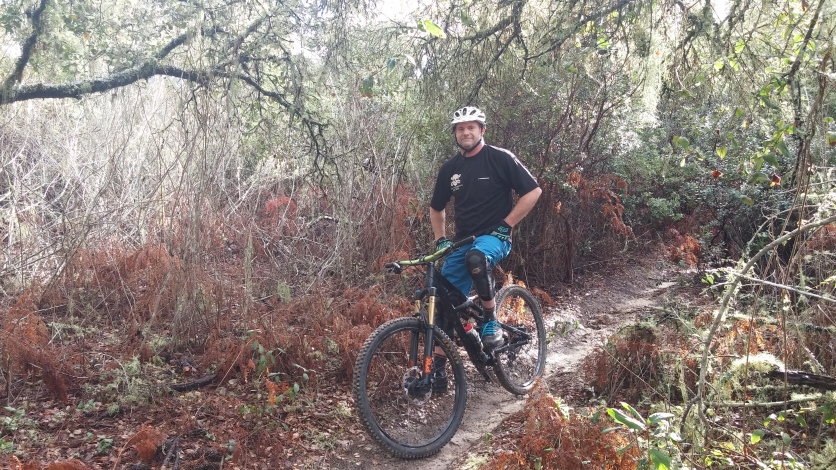 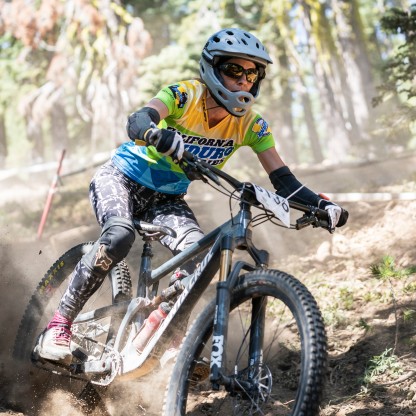 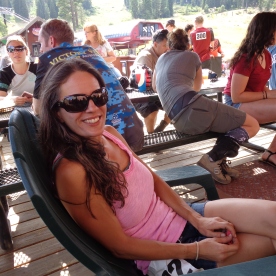 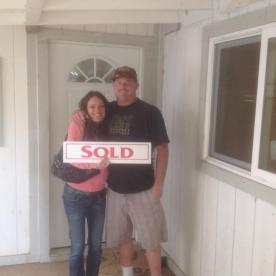 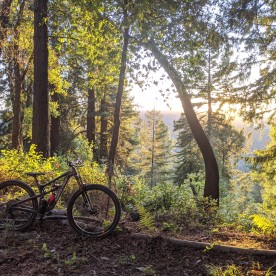 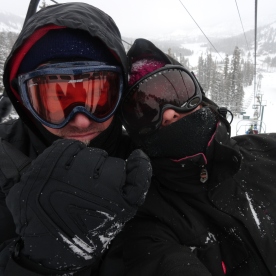 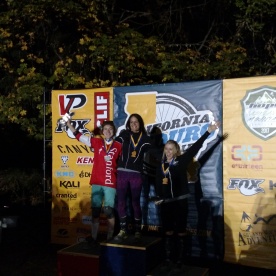 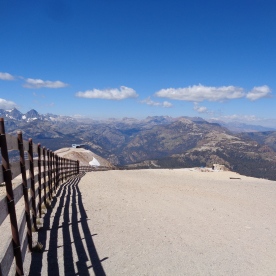 Start of the Kamikaze 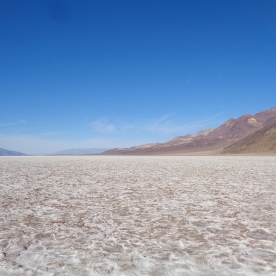 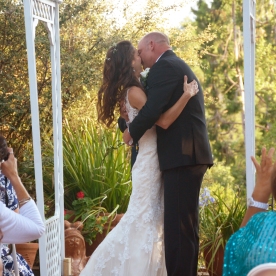 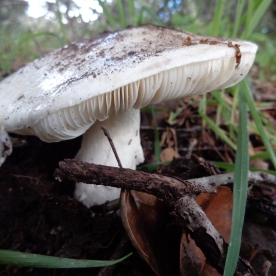 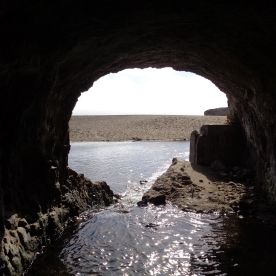 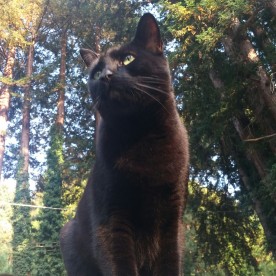 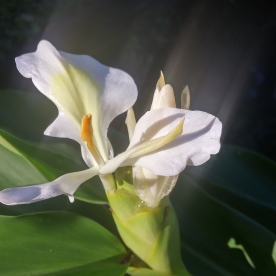 Christmas at the Harbor 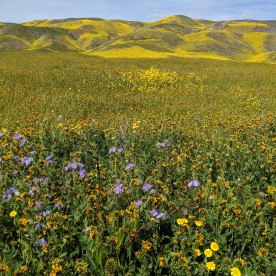 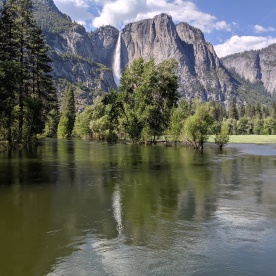 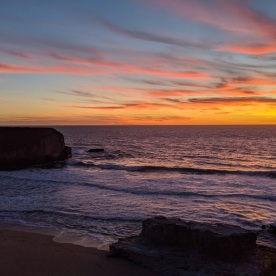 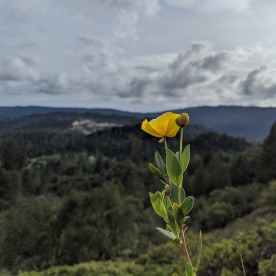 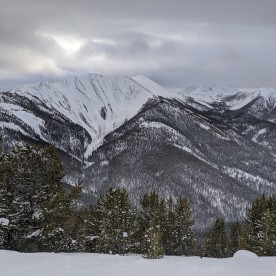